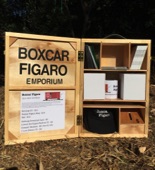 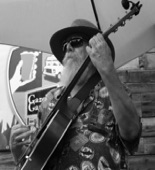 Boxcar Figaro is on near-permanent hiatus after the departure of Victor DesRoches from Fresno to the Northwest. The band was started in 2008 by songwriter Victor DesRoches and guitar player Garrett Jones. Other members have included Jerry Herrington, Sam Nassar, Steve Connor, and the final band makeup of Sam Garner, Mike Witten and Don Priest playing with Victor. The band performed more than 200 shows between 2008 and 2020. Boxcar Figaro specialized in Original American Acoustic Music that is fun to watch and interesting to hear -- as well as interesting covers of other folks songs. The band produced two cds of music, "Live at Rogue Festival" and "Nothing" available on iTunes, Spotify and other sites. There are also numerous videos of the band floating around on YouTube and CMAC. Serious music from performers who don’t take themselves too seriously.

You can also find Boxcar Figaro music on Apple Music and Spotify.